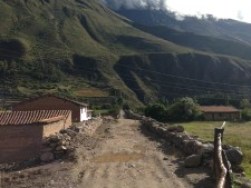 In all of my trips to Peru, I have spent the largest portion of my time in the high Sierra, in and around the Sacred Valley of the Inca. I have stayed in a number of places in the town of Ollantaytambo, visited nearby weaving villages and ruins including Machu Picchu, Pisaq and Sachsayhuaman in Cusco many times. I have trekked over mountain passes near Salcantay and walked through remote villages, camping at the base of snow-capped peaks and attending festivals like Q’olluriti celebrating Andean life in a variety of locations. The mountains are familiar to me and I am quite content to hike for hours surrounded by their beauty, exchanging greetings with people who live in modest dwellings nearby, finding it nearly impossible to get lost here above the tree-line. 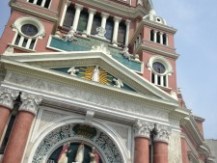 In recent years, since my sister moved from the mountains to the coastal city of Lima, I have also become more comfortable there, especially in the somewhat artsy-funky district of Barranco. I enjoy walking along the Malecon, looking out over the Pacific, eating in great seafood restaurants, and visiting art galleries like MATE and the Larco museum. 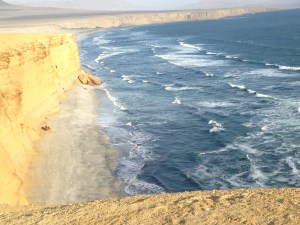 But when my husband, my brother, his wife and I decided, after our nephew’s wedding in Lima last weekend, to visit the area a few hours south of Lima known as Paracas, nothing prepared me for its desolate beauty nor contrast to both the Sierra and Lima. I knew Paracas as an important pre-Incan civilization with beautiful weavings and pottery, but when we arrived at the Bay of Paracas, I was stunned by the dramatic scenery. The coastal desert looks like a moonscape, and the barren landscape butts right up against the bay. Pelicans dive, flamingos strut, and dozens of other shore birds via for the plentiful fish. On our final day in the region, we drove through a reserve, where I was expecting lush greenery and biodiversity, but instead found a continuation of the eerie beauty of rocks, sand, and hidden coves holding rock formations and sweeping views of cliffs. To my surprise, the 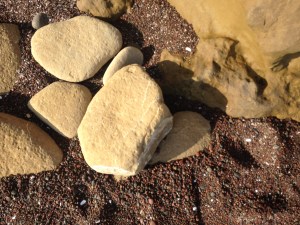 landscape began to capture my attention and pull me toward its stunning starkness.

At the end of our time, as we drove back to Lima to begin the journey home, I found myself wondering more about the people of Paracas who were conquered by the Inca: who were they? How did they survive out there amidst the rock and sand? What inspired them to create such beautiful motifs on their weavings and pots? I plan to carry that question with me on my next exploration of this fascinating country; I will not soon forget the haunting scenery.