Each month, the Student Journeys Series will feature a guest blog post by a former student of Vicki’s. They’ll write about how their lives have been shaped through their global education experiences. This week’s Student Journey post is written by Mark Jahnke. Originally from Ketchikan, Alaska, Mark studied Iran, Central Asia, and Global Health at Harvard, and will be moving to Kyrgyzstan in April to join the Peace Corps.

I wasn’t particularly curious about the world growing up. Originally from small-town Alaska, I ate nothing but grilled cheese sandwiches and Hot Pockets, and my biggest life aspiration was probably to move to Seattle when I got older. That all changed when my family moved to a small town in France when I was 9 years old.

Enrolled in an international school, there were as many nations represented in my classes as there were students. Each person I met came to the school with a different culture, a different language, and a different story. This incredible diversity was all celebrated with an annual festival called the Kermesse, where students from each country would prepare food and art presentations. Through them, I unwittingly began my quest to better understand the world. 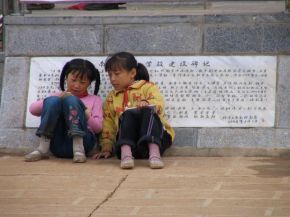 Two students at my site in Yunnan Province, China, 2006

When Lakeside launched the Global Service Learning program in 2005, I immediately knew it was something that I wanted to be a part of. My time in China on that program in 2006 opened my eyes in a new way, introducing me to a country and region of which I was completely ignorant before I stepped onto the plane. It led me to take an entire course on Chinese history, which then led me to take introductory courses on African and Middle Eastern history as well, which ultimately led to me majoring in Near Eastern Languages and Civilizations when I got to Harvard.

If you’ve noticed a pattern so far, you’d be right; each of these experiences has, in some way or another, connected me with people or interests that ultimately led me further on my journey. 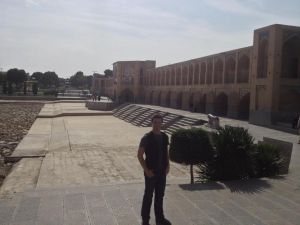 My studies of the Middle East led me to pursue Farsi language study, Fast forward four more years, and I found myself in two places that most Americans will never visit: Iran and Tajikistan. One of the biggest reasons I chose to travel to and study Iran was a desire to dig beyond the negativity that often surrounds Iran in the media. Within ten minutes on the ground at Tehran’s Imam Khomeini Airport, my preconceptions were already shattered, and over the course of two weeks I was able to see a beautiful and hospitable side of the country, a side almost never discussed in the media in the United States. Being able to acknowledge this has helped me change the perspectives of many people I have shared my story with back home. 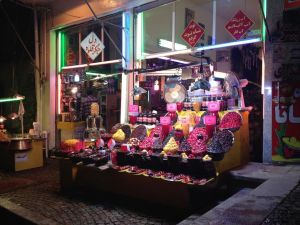 Tajikistan was also a challenge because I spent two months fully immersed in Farsi and Tajik language study through the Critical Language Scholarship Program. Language immersion can be exhausting, but there truly is nothing in my life that has been as wonderful as watching the sun set with my host grandmother and listening to her tell me stories about her life in Tajikistan until late into the night, or as sitting in the bazaar chatting with a shopkeeper for hours over endless cups of tea. As in Iran, I was often the first American that any of them had met, which meant that I was also introducing them to my culture just as they were introducing me to theirs.

I don’t know if I would have taken the risk of traveling on GSL or to Iran or Tajikistan had I not been forced out of my comfort zone and been exposed to people from so many different backgrounds in my youth. It’s a shock to the system that, no matter how brief, teaches you that there is more than one way to live life, and that there is a life, many, in fact, beyond the town, city, or state that you’ve always known. 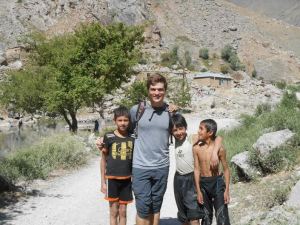 What I do know is that spending this much time overseas has not only drastically shaped my choice of career, but also my approach to my career. In my field of international development, it has underscored just how important understanding the context of a country can be to making a tangible impact. Even something as seemingly simple as living in a Muslim country during the holy month of Ramadan helped me guide my company through working with its first client in the Middle East in a polite and respectful manner.

All of this has led me to my next leap into the unknown; in a little over a month, I am headed back to Central Asia to become a Peace Corps Volunteer working on health issues in Kyrgyzstan. If I learned anything from the last time I spent two years overseas, I will come back with an entirely different perspective of Central Asia, the United States, and the world. 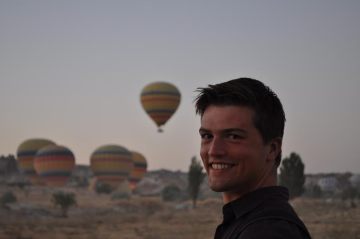 Even though I was an ignorant 9 year old when I spent my first significant time overseas, and a precocious high school freshman when I first visited the developing world, I know that those experiences have shaped me into who I am, and set me on the path that I want to be on.

Mark will be blogging from Kyrgyzstan. You can follow his journey at mondaybazaar.wordpress.com.

Disclaimer: this blog post solely represents the views of Mark Jahnke, and does not in any way represent the views of the US Government or the Peace Corps.